Go to next section

Antarctica was discovered by a ship from Blyth, Northumberland...

Almost 200 years ago Antarctica was discovered from a ship built in the small North East town of Blyth, Northumberland.

The Williams was built and owned by a Captain William Smith a man born and raised in Blyth. On the anniversary of this British achievement in 2019 The Williams Expedition celebrated by buying and refitting a similar vessel to the Williams in Blyth and sailed it around Britain with local crews of volunteers, experienced sailors and unemployed people to recreate the experiences of the original expedition with local crews, training them so that we are able to start a programme of sailing expeditions going forward.

The expeditions also aim to showcase the North Easts talent, engineering and technology on a world stage.

Over the 2018 summer, we trained a core group of volunteers with specialist senior skills to operate efficiently onboard the vessel while training and supporting inexperienced crew. We have now completed the round Britain Expedition, filling over 130 berths and working with 33 trainees and unemployed people. It was a huge success as a shake down voyage, preparing the crew, ship and back up teams for future voyages.

We are now running a programme of 1 day, weekend and charter voyages and advanced gift vouchers and bookings can be made at https://williams-sailing.co.uk.

The Williams II is a 36m gaffed riffed ketch, which was built of oak with pine decking and masts in 1914 in Denmark and at 24m on deck, with a 2.7m draft she is almost exactly the same dimensions as the original Williams built 200 years earlier in Blyth. She is twin skinned with an oak outer and inner hull which makes her very strong and able to operate in icy waters and has been augmented for strength with a steel girder running the length of her keel. The refit has replaced approximately 40% of the planking below the water line, 30% of the decking which has also been re calked (sealed), serviced and rebuilt the engine (an 8 cylinder Gardener diesel), serviced and upgraded the rigging and rewired the electrical systems. We are now seeking further sponsorship for new sails and specialist expedition equipment.

Whilst we have built a core experienced crew, there will still be ongoing opportunities to join our senior team on sailing expeditions, whether you are an experienced skipper wanting to sail a Gaff rigged ketch, wanting to be a watch leader, engineer, expedition doctor or cook.

You can read about the different roles and download an application form by visiting our apply to join the expedition page.

If successful in your application to join the senior sailing team we will usually ask you to pledge to raise some appropriate funds to support the work of Blyth Tall Ship for your initial voyage although if you are unemployed we can often support that through sponsorship from various organisations.

If you have any questions about joining the crew please contact clive@blythtallship.co.uk

This is a spar that extends from the bow of the ship. This under tension through the the forward halyards and helps keep the ship under and masts under tension when in full sail.

This is the triangular foresail just forward of the mast.

Pronounced 'Rattlins' these of lengths of thin line tied between the shrouds that form a ladder. Traditionally used by sailors to climb the mast in order raise square sails, on the Williams they are sometimes used to help rig the boat or free any twisted rope high in the mast.

Essentially a shaped pine tree the main mast is a massive object that runs deep into the hull of the boat. It supports 4 sails in total and a huge amount of weight when under sail.

This guides the Main Gaff up the main mast.

The main gaff is hoisted BY the 'Topping Lift'. This often takes up to 6 crew to hoist. The Main gaff is a huge spar and thats really appreciated when one ties to lift it!

When this sail is up it is the foremost sail of the boat and outer most of 3 jibs in total. Always exciting climbing along the bowsprit as the sail is raised or lowered.

The engine of the boat and provides a huge amount of power when under sail.

The main boom holds the main sail outstretched. Its only when it is lifted and sailing when you truly appreciate the size of spar this is!

Constructed from pine the two main masts are incredible pieces of wood. Trees that have been chosen for their straightness and free from imperfections.

The gaff is a a spar that holds the head of the sail. It takes 6 crew to hoist the gaff and raise or lower the sails.

The secondary sail of the boat and can provide some considerable power. Both the main sails can be reefed to reduce sail area in heavy weather.

The boom holds the mizzen sail outstretched. The Mizzen is teh secondary main sail of the boat. Often the first sail to go up.

The estate was acquired by the Ridley family who enlarged the quays and started manufacturing salt on a large scale.

Earliest record of a ship being built at Blyth. The vessel was the 44 ton sloop 'Constant Ann'. 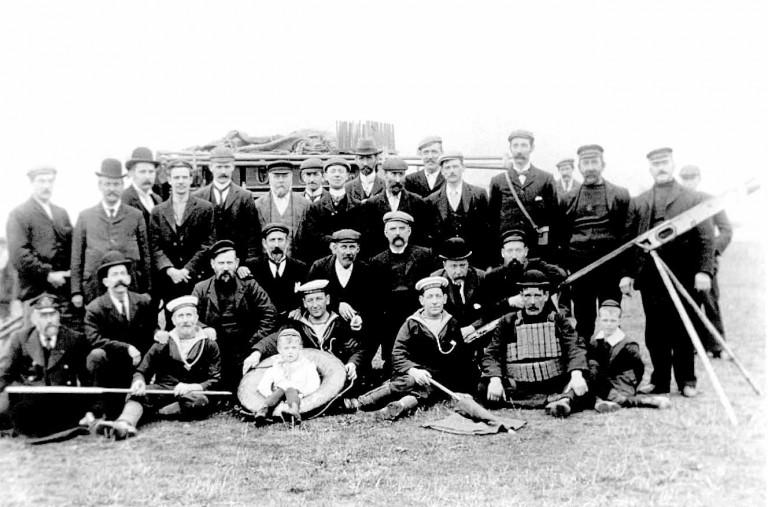 The first breakwater was established which was a roughly built stone structure intended to break the force of the sea in an easterly gale. It was known as North Dyke.

The first staiths were built with an elevated loading point. High Lighthouse was also built which served untill 1984.

A poem is printed entitled 'A tribute to the Memory of Captain George Robinson'.

An increasing number of vessels were using the river. This led to the purchase of a steam vessel to tow sail vessels back to the sea.

Blyth & Tyne Railway Company built the first rail linked staith on teh south side of the river resulting in coal shipments growing rapidly over the next few years to around 200,000 tons per annum.

"As trade continued to develop, growth clearly had to be managed. In 1854 the Blyth Harbour and Dock company was formed, given powers to develop the port and to levy dues and charges."

The Harbour Act was passed allowing the dredging of the Harbour to really begin.

Further improvements to the harbour were carried out. 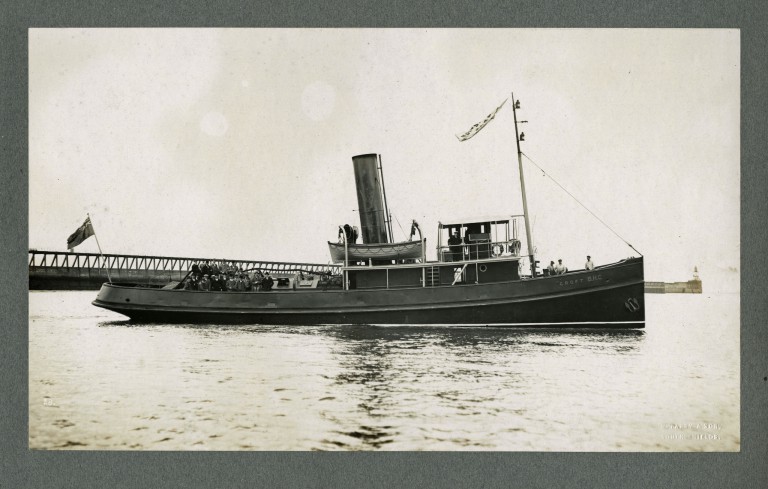 The connection between Blyth and Antarctica is a fascinating one. The community initiative utilising its rich history of exploration to transform young lives raised in difficult circumstances is a truly inspiring endeavour. I am delighted and honoured to give it my enthusiastic support.

Tall ships, adventure and active learning, all aimed at getting young people in to new jobs. This is an inspirational project for Northumberland and we should all back it.

The Duchess of Northumberland

This is an exceptional project. This story of the British first sighting of the Antarctic land mass deserves to be celebrated.

Blyth Tall Ship and The Williams Expedition are immensely proud to be associated with our sponsors who support our cause and expedition.

There are a number of ways that sponsorship can help us and be recognised and we aim to work with each sponsor around their specific needs. For example a new set of sails will cost £25,000 and a sponsor could have their logo printed on sails that they way for. Other options might include covering the costs for a places on the round Britain or main expedition for those who are from worse off backgrounds. £750 for a leg around Britain or £2750 for a main expedition leg. You could even sponsor an Apprentice or members of staff to do it? A set of foul weather gear and lifejacket for crew members would cost £600 and we need 20 sets which could have your company logo on.

Major sponsors are therefore still needed for The Williams Expedition to Antarctica where our tall ship Williams II will become a fantastic platform gaining media interest in all ports visited around Britain and the world together with the national media interest in the expedition in the UK.